In order to use Zigbee2MQTT we need the following hardware:

A Zigbee Adapter which is the interface between the Computer (or Server) where you run Zigbee2MQTT and the Zigbee radio communication. Zigbee2MQTT supports a variety of adapters with different kind of connections like USB, GPIO or remote via WIFI or Ethernet. Recommended adapters have a chip starting with CC2652 or CC1352. See supported Adapters. It’s recommended to check out your adapter’s recommendation details before the installation process, to find out whether it needs any additional configuration parameters.

A Server where you would run Zigbee2MQTT. Most Raspberry-Pi models are known to work but you can run it on many computers and platforms including Linux, Windows and MacOS. It should have an MQTT broker installed. Mosquitto

open in new window ) is the recommended MQTT broker but others

One or more Zigbee Devices which will be paired with Zigbee2MQTT.

You can run Zigbee2MQTT in different ways, see Installation. In this example Docker

open in new window is used to set up and run Zigbee2MQTT.

After you plug the adapter in see the dmesg output to find the device location:

As we can see the adapter was identified and mounted on ttyUSB0 .

Here we can see that the adapter is owned by root and accessible from all users in the dialout group.

It’s assumed, that you’ve a recent version of Docker and Docker-Compose is installed.

First, we create a folder where we want the project to reside mkdir folder-name . In the folder, we create we save the docker-compose.yml file which defines how Docker would run our containers. The following file consists of two services, one for the MQTT-Server and one for Zigbee2MQTT itself. Be sure to adjust the file to your needs and match the devices-mount in the case your adapter was not mounted on /dev/ttyUSB0 .

In the next step we’ll create a simple Zigbee2MQTT config file in zigbee2mqtt-data/configuration.yaml .

We should now have two files in our directory and can start the stack:

After some short time you should see some log messages that Mosquitto and Zigbee2MQTT is running now. You can open the frontend using http://localhost:8080

open in new window (or the hostname of your remote server).

We can now go on and pair our first device.

Search the supported devices for your device and follow the instructions how to pair.

If no instructions are available, the device can probably be paired by factory resetting it.

Once you see something similar to below in the log your device is paired and you can start controlling it using the frontend and MQTT messages.

Install from the command line:

Allows you to use your Zigbee devices without the vendor’s bridge or gateway.

The documentation provides you all the information needed to get up and running! Make sure you don’t skip sections if this is your first visit, as there might be important details in there for you.

If you aren’t familiar with Zigbee terminology make sure you read this to help you out.

Zigbee2MQTT integrates well with (almost) every home automation solution because it uses MQTT. However the following integrations are worth mentioning: 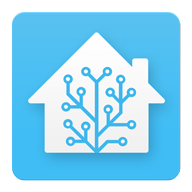 Zigbee2MQTT is made up of three modules, each developed in its own Github project. Starting from the hardware (adapter) and moving up; zigbee-herdsman connects to your Zigbee adapter and makes an API available to the higher levels of the stack. For e.g. Texas Instruments hardware, zigbee-herdsman uses the TI zStack monitoring and test API to communicate with the adapter. Zigbee-herdsman handles the core Zigbee communication. The module zigbee-herdsman-converters handles the mapping from individual device models to the Zigbee clusters they support. Zigbee clusters are the layers of the Zigbee protocol on top of the base protocol that define things like how lights, sensors and switches talk to each other over the Zigbee network. Finally, the Zigbee2MQTT module drives zigbee-herdsman and maps the zigbee messages to MQTT messages. Zigbee2MQTT also keeps track of the state of the system. It uses a database.db file to store this state; a text file with a JSON database of connected devices and their capabilities. Zigbee2MQTT provides a web-based interface that allows monitoring and configuration.

Zigbee2MQTT uses TypeScript (partially for now). Therefore after making changes to files in the lib/ directory you need to recompile Zigbee2MQTT. This can be done by executing npm run build . For faster development instead of running npm run build you can run npm run build-watch in another terminal session, this will recompile as you change files.

See Supported devices to check whether your device is supported. There is quite an extensive list, including devices from vendors like Xiaomi, Ikea, Philips, OSRAM and more.

If it’s not listed in Supported devices, support can be added (fairly) easily, see How to support new devices.

If you need assistance you can check opened issues. Feel free to help with Pull Requests when you were able to fix things or add new devices or just share the love on social media.

This image support the following architectures: 386 , amd64 , arm/v6 , arm/v7 , arm64 . Since Zigbee2MQTT images are manifest listed, Docker will auto-detect the architecture and pull the right image.

Start by figuring out the location of your adapter as explained here.

Navigate to the directory where you whish to store the Zigbee2MQTT data and execute:

Execute the following command, update the —device parameter to match the location of your adapter.

If you run the MQTT-Server on the same host (localhost) you could use the IP of the docker0 bridge to establish the connection: server: mqtt://172.17.0.1 .

To improve the security of the deployment you may want to run Zigbee2MQTT as a non-root user.

To update to the latest Docker image:

The following tags are available:

Example of a Docker Compose file:

You can also run a rootless container with docker-compose by adding the required attributes to the zigbee2mqtt service block in your docker-compose.yml :

To start the Docker container:

You can optionally skip zigbee2mqtt and it will start all containers listed in the compose file.

To update to the latest Docker image:

You can optionally skip zigbee2mqtt and it will pull any new images for all containers in the compose file, and then restart those that were updated.

If you do not do this you will get the following error when starting the Zigbee2MQTT container:

This is only relevant when using Docker Stack

Docker stack doesn’t support device mappings with option —devices when deploying a stack in Swam mode. A workaround is to bind the device as volume binding and set the right permissions.

open in new window , all credits goes this him.

Create a new udev rule for serial adpater, idVendor and idProduct must be equal to values from lsusb command. The rule below creates device /dev/zigbee-serial :

Setting up the zigbee coordinator

CC2531 would need a CC debugger and downloader cable. Complete instructions here. Note that there are different adapters that can be used as zigbee coordinator, follow the correct flashing guide with the one you have. Plug-in the zigbee coordinator to RPi after flashing.

Check if zigbee2mqtt recognizes the zigbee coordinator by checking the logs

Next, search for zigbee2mqtt at search nodes

Drag and drop bridge node to the flow

Double click on the bridge node and add new zigbee2mqtt server. Deploy to Node-Red after this so it could collect devices information from the zigbee coordinator.

Update your device’s Friendly name. Click on Set button after changing friendly name for each device. Deploy Node-red after this.

Drag zigbee2mqtt in node and a debug node, connect them together

Update zigbee2mqtt in node and select server and the device. Deploy to Node-Red.

This project is a Web GUI for the very good Zigbee2Mqtt software (github sources). Run the following command by replacing , , with your correct values.

Draft note: Environment variables are currently the easiest way to set those settings. Open an issue if you need it to be in a configuration file/folder.

If you’re using Docker Compose, fell free to use this. 8880 is the port where the service will be available, from the outside of the container itself.

Note: it won’t compile using the dotnet core build yet. For now, MSBuild is required to build it.

This method is not recommended because any change to dependencies will require you to update your development/deployment environment.

There is 2 channels for Zigbee2MqttAssistant: dev and stable . When a build version is considered stable enough, it will be pushed from dev to stable (there’s no git branch dedicated to the stable version).

If you want to try newest features, you can get the dev branch in the following way:

You can refer to Settings.cs file for more information on allowed settings. Here’s the important settings:

If you need to change cron expression for other values, you should use a site like https://crontab.guru/ to validate them. Attention: if you specify specific hours, take care of the time offset (timezone) inside the container!

When running this container on Linux, it’s a best practice to run containers with a non-root account. To achieve that with Zigbee2MqttAssistant, it’s required to change the listening port to something else than 80 , because ports number under 1024 are restricted to priviledged users.

Since it’s using ASPNET Core, it’s possible to change the listening port in the container to something else by using one of the following method:

Set the —urls parameter on the command line:

Use the ASPNETCORE_URLS environment variable:

This method can also be used to set another scheme ( https:// ), a specific ip address or many ports at the same time. Microsoft ASPNET Core documentation.

You need a running installation of Zigbee2Mqtt v1.5.0+

AN ACTUAL INSTALLATION OF HOME ASSISTANT IS NOT REQUIRED

last_seen should be activated on Zigbee2Mqtt (any format supported). There’s an option ( AutosetLastSeen ) to activate it automatically through MQTT.

Thanks goes to these wonderful people (emoji key):

This project follows the all-contributors specification. Contributions of any kind welcome!