This library allows you to make the ESP32 act as a Bluetooth Mouse and control what it does. E.g. move the mouse, scroll, make a click etc.

The BleMouse interface is almost identical to the Mouse Interface, so you can use documentation right here: https://www.arduino.cc/reference/en/language/functions/usb/mouse/

Just remember that you have to use bleMouse instead of just Mouse and you need these two lines at the top of your script:

This library supports a few additional features that the Mouse library does not support at the time of writing:

There is also Bluetooth specific information that you can use (optional):

Credits to chegewara as this library is based on this piece of code that he provided.

With the introduction of the Arduino Leonardo and other ATMega32u4 based boards, Arduino introduced 3 new libraries HID.h, Mouse.h and Keyboard.h which allowed you to emulate a mouse or keyboard connected by USB to your computer. HID stands for «Human Interface Device» and refers to not only mouse and keyboard but other devices such as touchpads and game controllers. This opened up a world of possibilities especially for assistive technology applications for the disabled who need alternative ways to operate a computer.

This capability was extended when boards featuring the M0 (SAMD21 based) and M4 (SAMD51 based) systems became available. They were also able to perform mouse and keyboard emulation using the Arduino API originally developed for the Leonardo.

Newer boards and microprocessors have migrated to a new type of USB interface called TinyUSB. It is likely that most future boards will take advantage benefits of the TinyUSB platform. Additionally many new boards provide Bluetooth BLE capability that can emulate Bluetooth mouse and keyboard devices. Both TinyUSB and Adafruit Bluefruit libraries have powerful capabilities for emulating mouse and keyboard. However these APIs are not fully compatible with the old traditional Arduino Mouse.h and Keyboard.h APIs. Lots of legacy code has been written using these older Arduino APIs.

In this tutorial, 2 new libraries are presented which convert the traditional Arduino APIs into calls to the newer TinyUSB and Bluefruit commands. Although TinyUSB and Bluefruit HID interfaces provide capability not available in the traditional Arduino Mouse.h and Keyboard.h interfaces, these new conversion libraries will let you run legacy code and will be a stepping stone for new users to become familiar with mouse and keyboard emulation using a simpler interface. Using these simpler libraries does not require as much direct knowledge of USB and BLE protocols.

In the next section we will take a brief look at the traditional Arduino mouse and keyboard classes.

Using Arduino Leonardo As Mouse and Keyboard, Controll by Bluetooth. 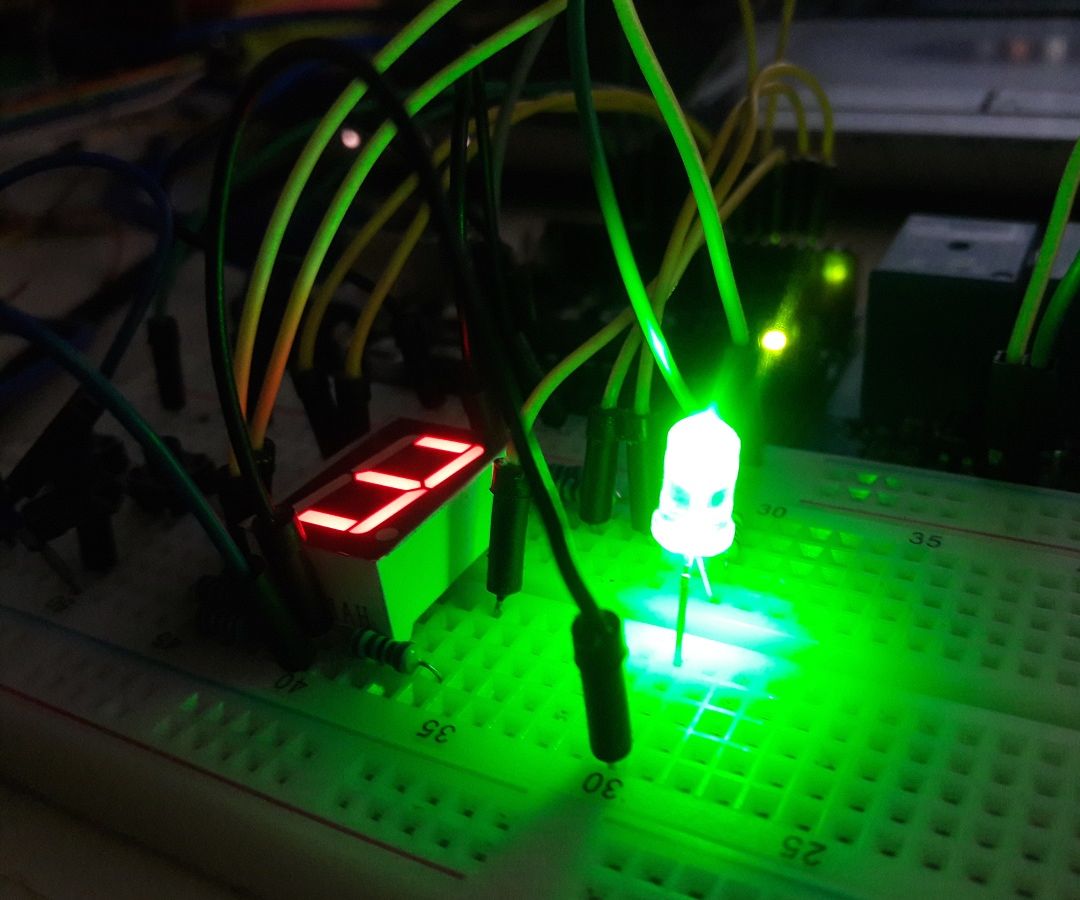 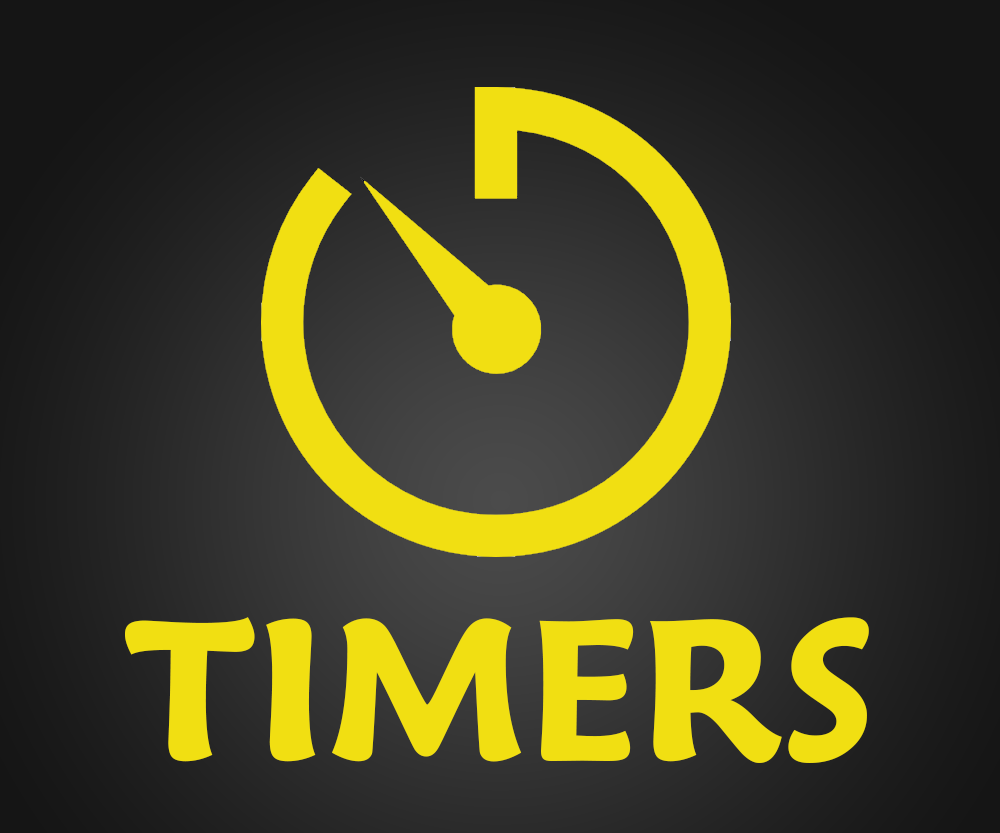 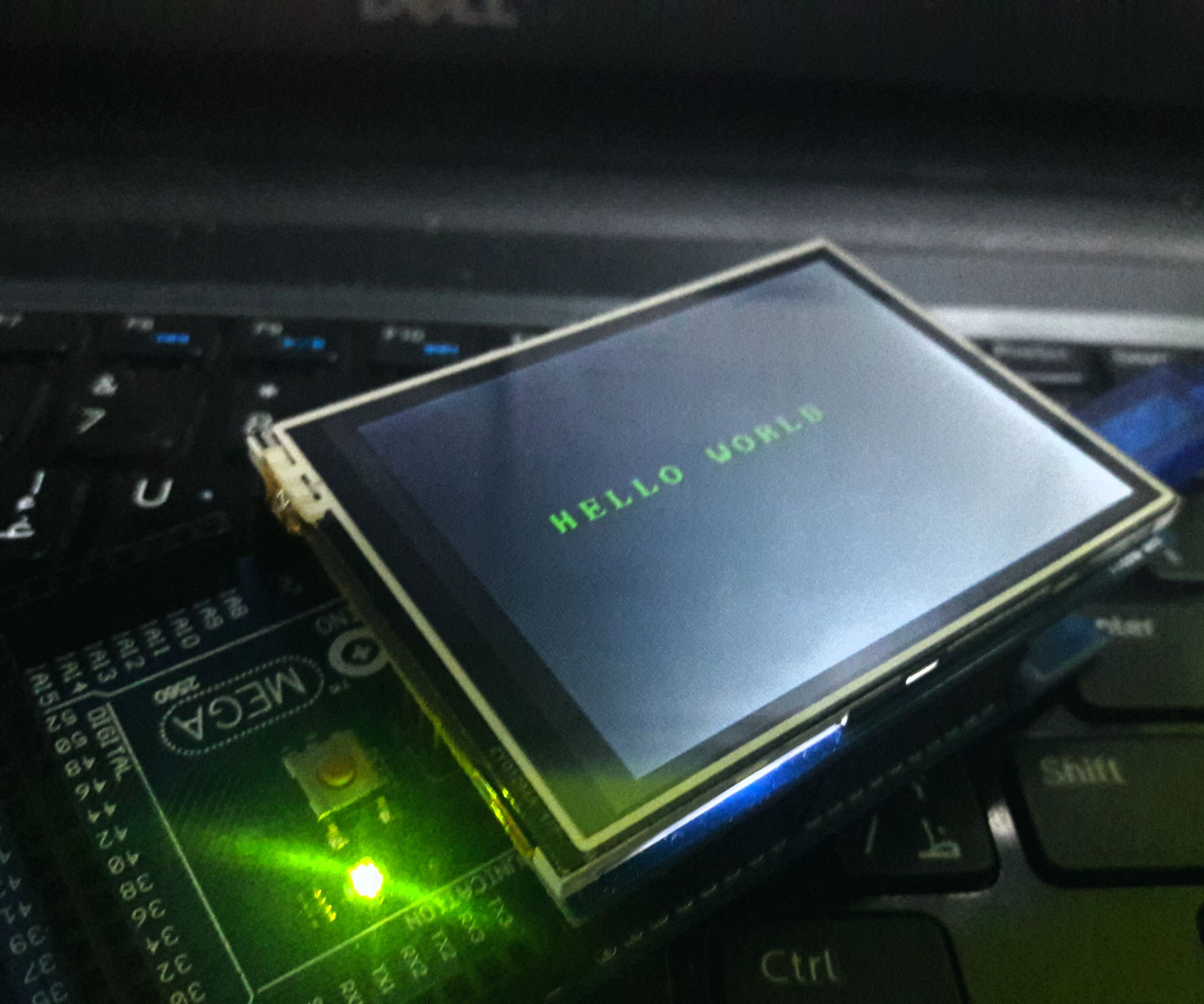 One awsome feature in Arduino Leonardo, which make it special board, is that it can act as mouse and keyboard on computer. this could be usefull to controll the computer by different way, such as joy stick and here BLUETOOTH!

*HC-05 bluetooth adabter ( that i got from genotronex store — jordan)

In this project we gonna controll the computer mouse pointer and keyboard input from the arduino leonardo board.

this instructable is availble in arabic in genotronex blog.

the bluetooth adabter HC 05 use the serial comunication to connect to the arduino, so we gonna use #Software Serial library to connect to it.

the bluetooth sould be connected :

as shown in the image.

Step 2: Leonardo As a Mouse

making leonardo appear as a mouse to the computer is much easy.

there is a Build-in library in the arduino, this library used with leonardo, DUE, and micro boards, and it so easy to work with.

to learn about it you should refer to Arduino Reference.

to work with bluetooth you need to other teminal, I used my android device to controll the arduino.

there is a good app in the store called Arduino Bluetooth Controller. this app connect to the HC 05 and send ‘char’ data to the arduino, and you can modify the char sent by each button on the app with «Set command».

The same things done to make arduino appear as a mouse is done here, but you set it to act as a keyboard.

and here you should use a different app, one that send ‘strings’ not only some ‘char’. I used an app called Bluetooth Terminal.

here I sent words from my android to arduino to be printed on the text editor.

this is all I have here.

Did you make this project? Share it with us! 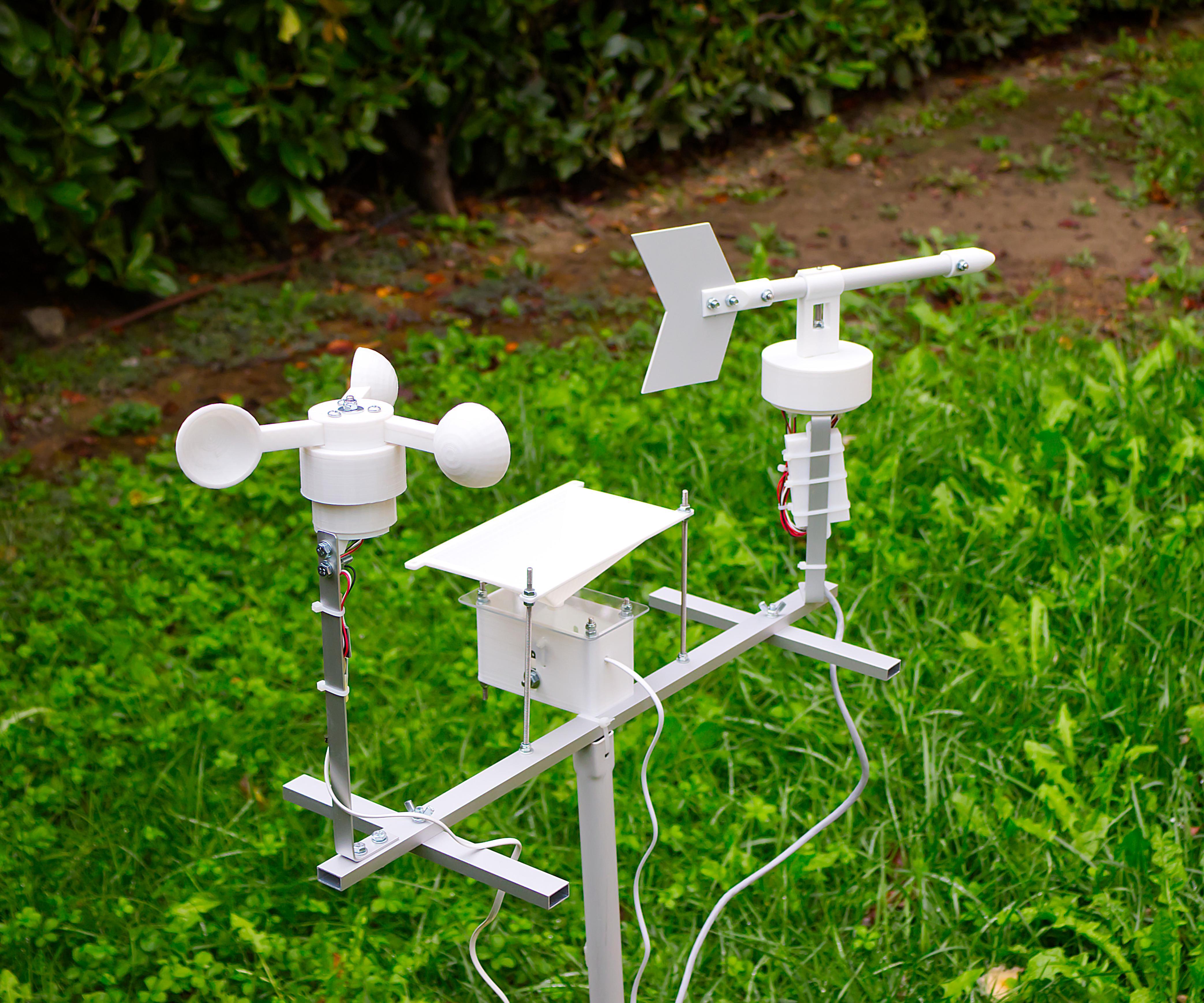 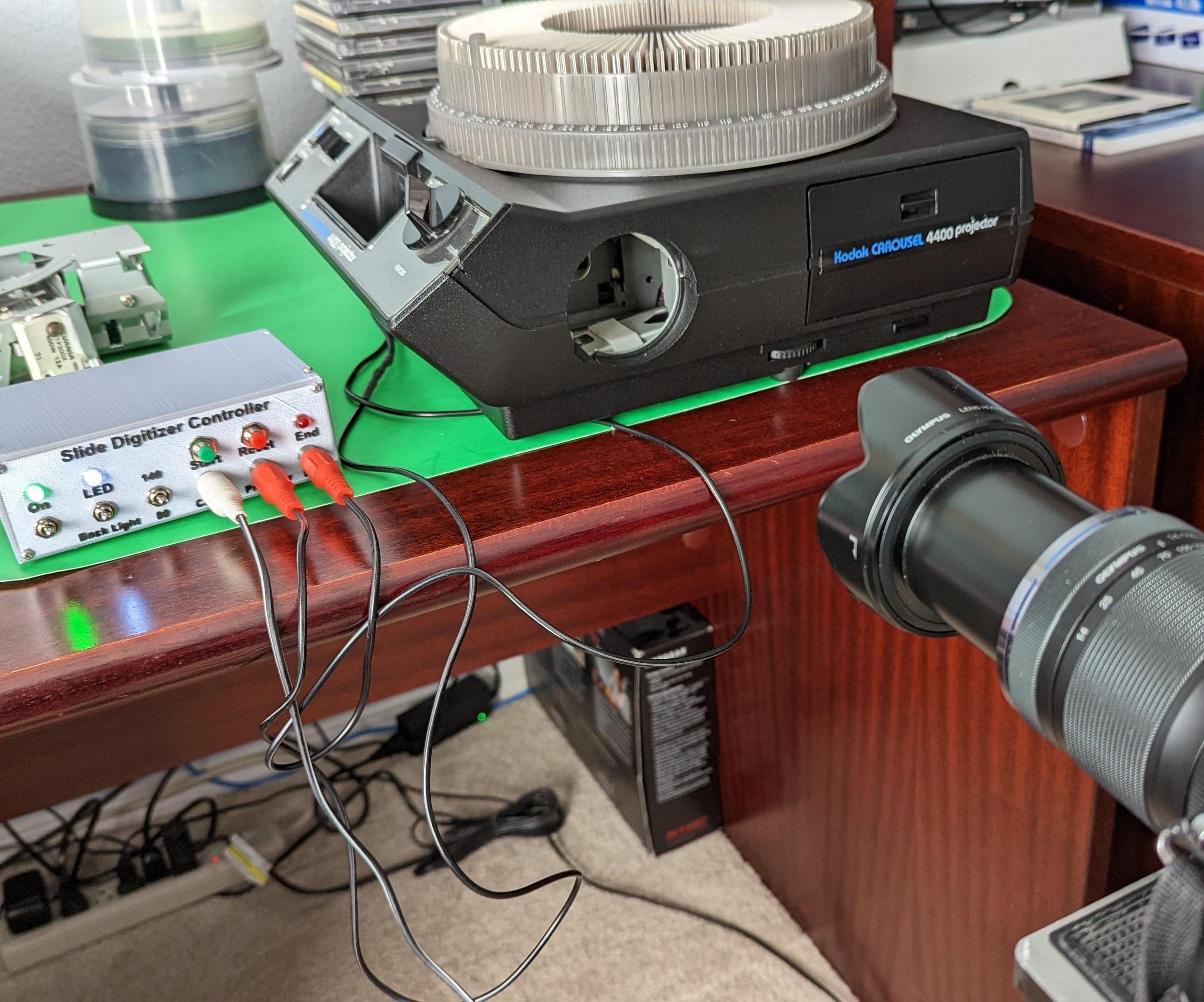 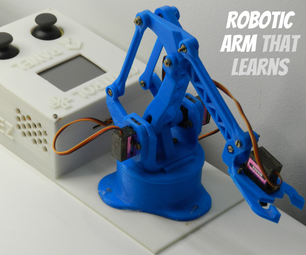 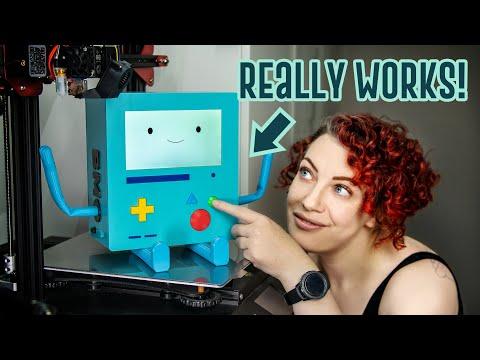 Back to School: Student Design Challenge 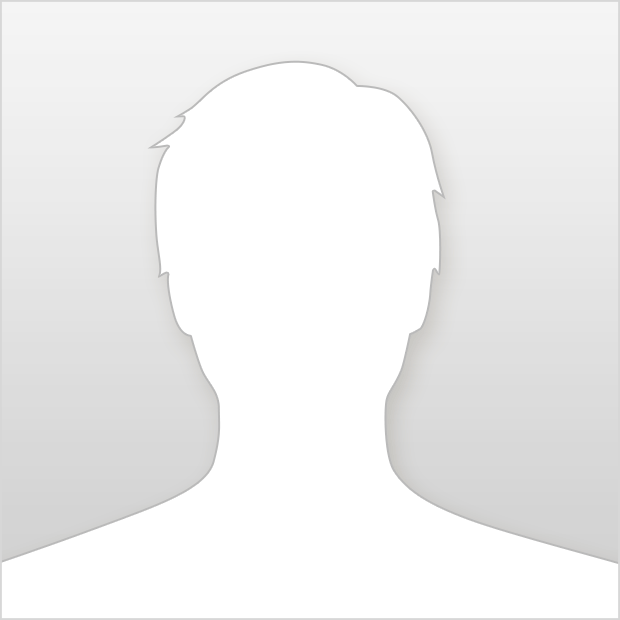 Thanks!! Your tutorial was really easy to understand even for a complete beginner with no Programming background person like me. I have few questions.
Recently I started making a Keyboard Encoder to use as a game controller for Arcade Mame and PC games using Arduino Leonardo. I used all the 20 digital keys for my 4 directional + 16 button controller. I tested it with my Android tv using USB port as well and it works really well.
I want to turn my controller to be used both as USB or bluetooth. I saw your tutorial and it looks like what I need.
I am currently using both my Tx and Rx as digital key for 2 buttons.
Is there a way that I can use Rx and Tx pin for buttons as well as for bluetooth just you mentioned above? And if I turn my controller to bluetooth, will I be able to use it as USB controller when I want?
If I connect the bluetooth controller to PC, will it be auto detect and can communicate with PC just like we connect Android phone to windows?
My TV is an android smart TV but he has no Bluetooth. So I will be using a USB dongle on Tv to make it Bluetooth capable? With your tutorial, will it connect to android Tv(Tv will be using Usb bluetooth dongle)?

Guide me in this regard as I am a complete beginner with no electronics background :) 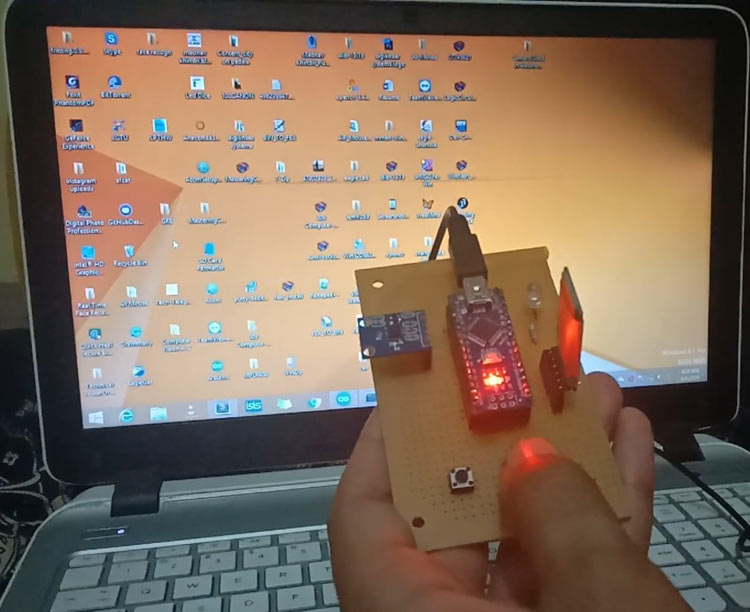 Ever wondered how our world is moving towards the immersive reality. We are continuously finding new ways and methods to interact with our surrounding using virtual reality, mixed reality, augmented reality etc. New devices are coming out every day with these fast pacing technologies to impress us by their new interactive technologies.

These immersive technologies are used in gaming, interactive activities, entertainment and many other applications. In this tutorial, we are going to know about such an interactive method which gives you a new way to interact with your system instead of using a boring mouse. Our gaming geeks must be knowing that few years back Nintendo a gaming company sells out an idea of a 3D interactive method to interact with their consoles with the help of a handheld controller known as Wii controller. It uses the accelerometer to locate your gestures for a game and send it to the system wirelessly. If you want to know more about this technology you can check out their patent EP1854518B1, this will give you a complete idea of how this technology works. 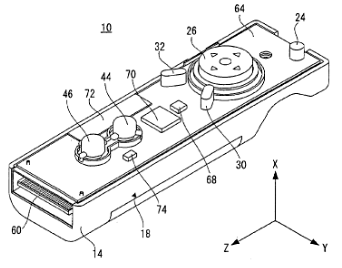 The concept behind this Wireless 3D Air Mouse is very simple, we will use an accelerometer to get the value of the acceleration of the actions and motions of the “Air mouse” along the x and y-axis, and then based on the values of the accelerometer we will control the mouse cursor and perform certain actions with the help of the python software drivers running on computer.

To learn more about installing python in computer follow the previous tutorial on Arduino-Python LED Controlling. 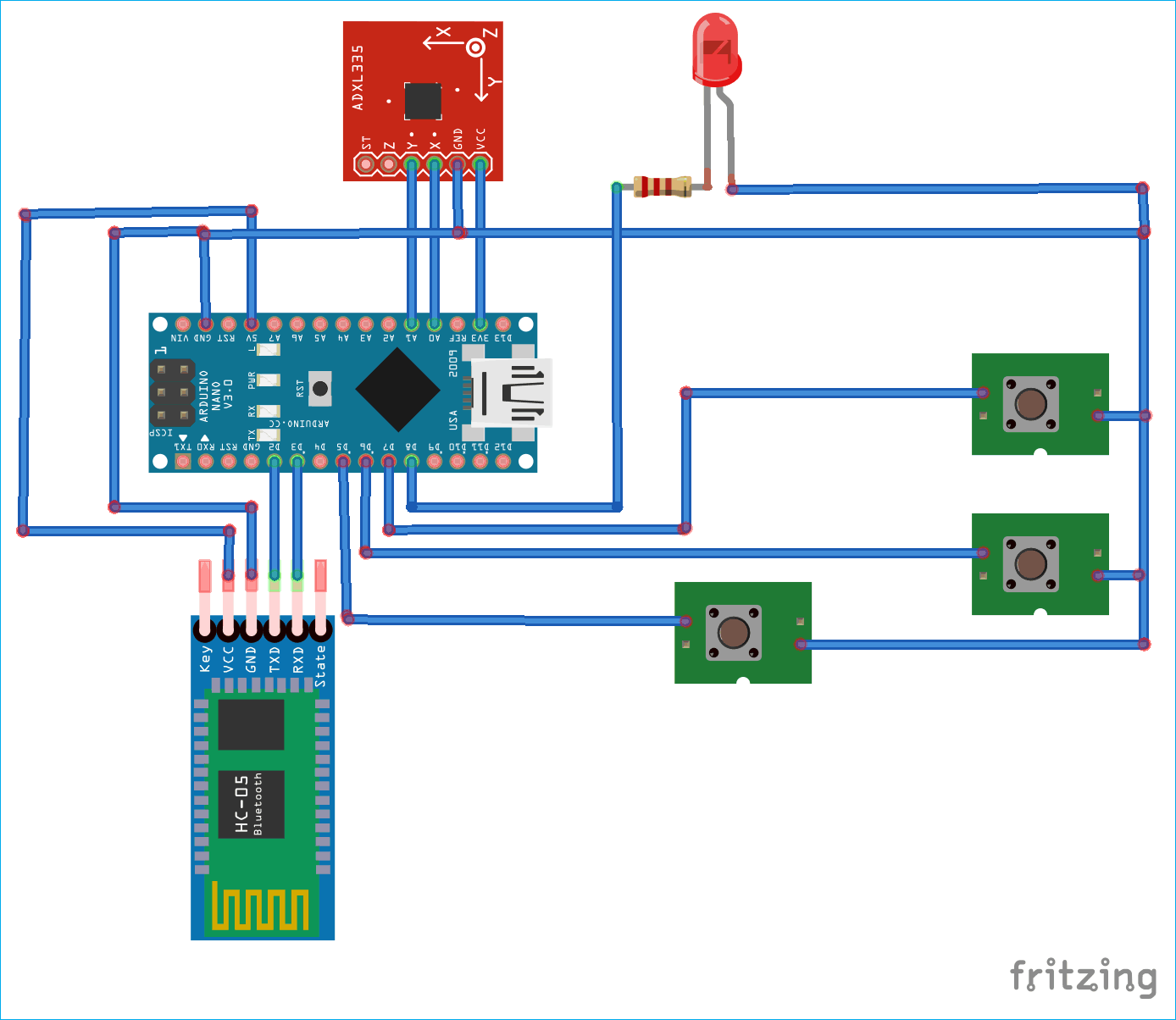 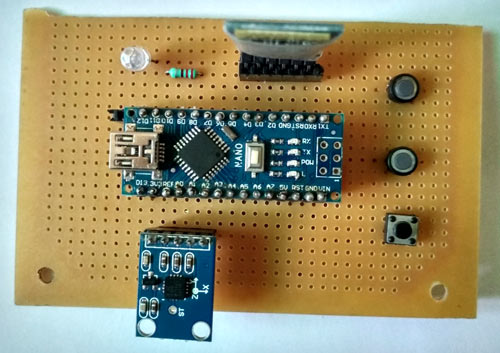 To control your computer with the movements of your hand you need an accelerometer that gives out the acceleration along the X and Y-axis and to make the whole system wireless a Bluetooth module is used to transfer the signal wirelessly to your system.

Here the Xout and Yout pin of accelerometer are connected to the Analog, A0, and A1 pins of Arduino and for transmitting the signals from the Arduino to the system Bluetooth module HC-05 is used here, since the Bluetooth works over the Tx and Rx pin connections, so we use software serial pins D2 and D3. It is connected using Software serial because if we connect the Bluetooth with hardware serial and start getting the readings over the python console it would show errors for the mismatch baud rate as the Bluetooth would be communicating with the python on its own baud rate. Learn more about using Bluetooth module by going through various Bluetooth based projects using different microcontrollers including Arduino.

Here we have used three push buttons — one for triggering the Air mouse, and other two for left and right click as shown in the below image: 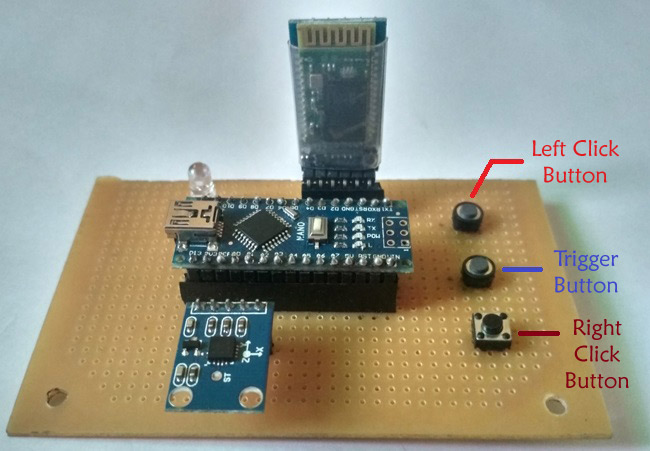 Process Flow for the Air Mouse

The flow chart shows the process flow of Arduino based Air Mouse: 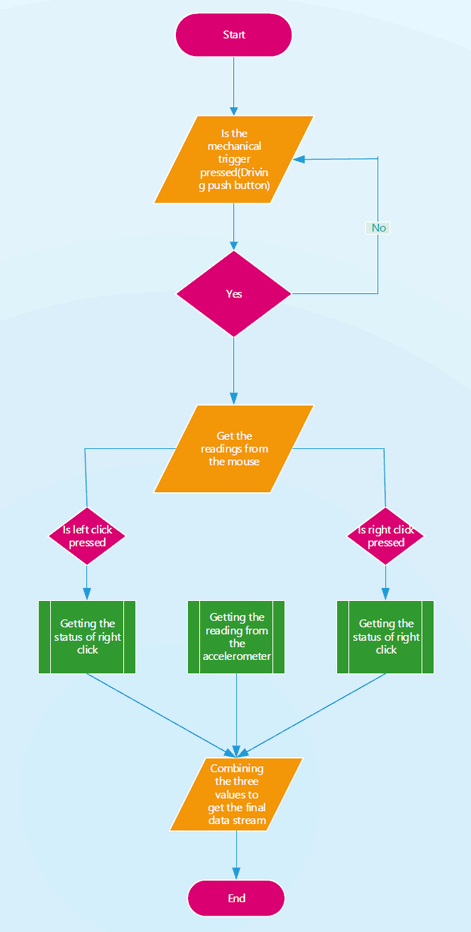 1. The system continuously checks for the mechanical trigger to be pressed until it is not pressed we can work out normally with the computers mouse.

2. When the system detects button press, the control for the mouse transferred to the air mouse.

3. As the trigger button is pressed the system starts to transfer the readings of the mouse to the computer. The system reading consists of the accelerometer readings, and the readings for the left and right click.